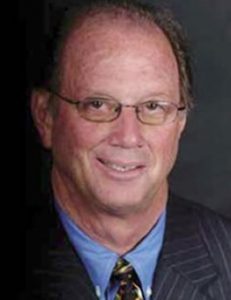 David Manship received his elementary school education in East Baton Rouge Parish public schools. He is a graduate of Sewanee Military Academy in Sewanee, Tenn., and of DeVry Institute of Technology in Dallas.

He served in the United States Army from 1968 to 1971. He was named “Outstanding Trainee” at Fort Polk and rose to the rank of Specialist 5th Class.

Manship is a past president of the Louisiana Press Association and the Arts Council of Greater Baton Rouge. He also serves on the board of directors for Capital City Press, Louisiana Television and Broadcast Corporation, and Mobile Video Tapes.

In 1984, he was one of 13 individuals to receive the President’s Award presented by the LSU Foundation for meritorious support of higher education. In 1989, he was honored with the Sales Executive & Marketing International Marketer of the Year Award. Manship has also been active in various other organizational groups and membership drives.

He has one son, Jake.