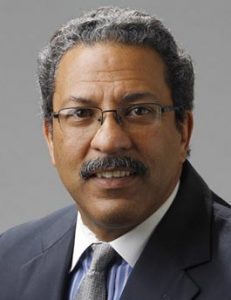 David Francis is the business manager and a vice president of The Times-Picayune, where he is principally responsible for administering and implementing financial programs and operational initiatives. Before joining The Times-Picayune, Francis was a business planner with the Pepsi Cola Company, based in Denver, Colo., where he developed strategic and annual operating plans for two manufacturing facilities. Prior to his role as business planner, he was the region’s manager of financial operations, responsible for the Rocky Mountain area’s accounting and auditing departments. Francis came to Pepsi from Deloitte & Touche, where he worked as an audit manager.

Francis holds undergraduate and Master of Business Administration degrees from Tulane University. He is a past president of the board of directors for the Louisiana Press Association and the Children’s Bureau of New Orleans. He has served on the boards of the Chamber of Commerce and the Greater New Orleans Foundation. He is secretary of The Times-Picayune Doll & Toy Fund and is a former member of the board of advisors for Catholic Charities Archdiocese of New Orleans.