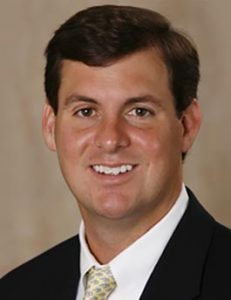 Since joining the Saints in 2000, Hales has helped create and implement a variety of new sponsorship opportunities, including the development of a premium sponsorship program (called Patron Saints Partners). In addition, under Hales’ direction, the team added a sponsorship fulfillment department to ensure that team partners receive the highest level of service and return on investment. Also under his direction, the The Saints have significantly increased its participation in television and radio programs in the last few years. In addition to two weekly in-season television programs, the Saints now produce numerous television specials airing on three different stations—Cox Sports Television, WUPL-TV, and WVUE-TV—throughout the year.

A native of New Orleans, Hales graduated from the University of Mississippi in 1996. Hales, his wife, Kendall, and daughter, Madison, live in New Orleans.